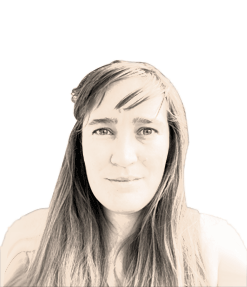 Anna Blijdenstein (1984) studied political science at the University of Amsterdam and obtained a master’s degree in Political Theory and Behaviour and a master’s degree in the Philosophy of Science, both cum laude. Her doctoral research is part of the Netherlands Organisation for Scientific Research (NWO) project Critique of religion and the framing of Jews and Muslims in Political Theory and Public Debate. She also teaches part of the Politics, Psychology, Law & Economics programme at the University of Amsterdam. Since 2013 Anna has also given sexual and gender diversity lessons at secondary schools on behalf of the Dutch organization COC, which promotes the rights of LHBTI’s.

HOW RELIGION ENDED UP BEHIND CLOSED DOORS

Many people in our liberal-democratic society believe that religion is a private matter. Many prominent political philosophers concur. Anna Blijdenstein shows that this view is not self-evident. It was not until the Enlightenment that philosophers started to regard religion as an individual system of religious convictions. They also projected all kinds of negative characteristics, such as fanaticism and intolerance, on Judaism and Islam; Christianity was generally spared. These projections still influence the public debate.

I grew up in a totally non-religious environment, thinking religious views – unlike secular ones – were set in stone. Religions hardly left any space for doubt, believers’ world views were all-encompassing, and so on. Giving sexual and gender diversity lessons for the COC made me adjust my views. Conversations with students at vocational training centres and secondary schools revealed to me that their religious views were much more inconsistent and disordered than I had presumed.

My earlier misconception was in line with the dominant impression in our liberal-democratic society: religion is an individual belief system of religious convictions which people base their life choices on. This is a typically Protestant view of religion. But many people experience religion in another way. It is about religious practices for them: practising certain virtues, going to a house of prayer together or performing rituals.

In my research I show that modern liberal ideas about religion have their origins in the Enlightenment. I focused not only on Christianity, but on Judaism and Islam too. In the current public debate Judaism and Islam are often contrasted, but that hasn’t always been so.

This wasn’t the case in the Enlightenment. It is true that there was a realisation that Judaism, Islam and Christianity – the three monotheistic religions – all originated in ‘the Orient’. Yet many thinkers also tried to detach Christianity from its oriental origins. Various negative qualities, which Christian European civilisation was supposed to be free of, were projected onto Judaism and Islam.

Even anti-religious thinkers like Baron D’Holbach (1723-1789), one of the heroes in Jonathan Israel’s well-known book Radical Enlightenment (2001), called on Europeans to cast off the yoke of superstition and false dreams. D’Holbach argued that religion was imposed on us by the Egyptians’ slaves – i.e. the Jews – and other ‘Orientals’. These ‘false dreams’ were never intended for Europe in any case. This is how the idea came into being of a European civilisation set against the Orient, where Jews and Muslims apparently belong.

Many Enlightenment thinkers developed fine and interesting ideas about tolerance and freedom of religion and conscience, but these same thinkers also applied rigid hierarchies to the various religions. For example, John Locke (1632-1704) composed several treatises arguing for tolerance of various religions, but also defended the moral superiority of Christianity. He argued that Christians took the Bible’s moral message to heart, whereas the Jews submitted to the revealed Law of Moses. This rendered Judaism ceremonial and legalistic in his eyes.

Voltaire (1694-1778), another champion of tolerance, relentlessly accused Jews of fanaticism. He had a little more respect for Islam, describing it as a religion driven by political ambitions. Led by the arch manipulator Mohammed, it successfully spread all around the world.

Immanuel Kant (1724-1804), a thinker many contemporary liberal philosophers refer to, also consistently used Judaism as a kind of negative, which he contrasted with his own ideal of universal religion. He resolutely excluded Judaism from the realm of reason, freedom and morality, because he thought that by subjecting themselves to revealed laws, Jews weren’t autonomous.

You cannot dismiss these kinds of stereotypical views about Jews and Muslims as historical curiosities which you do not have to reflect on.

In the Enlightenment, the Protestant understanding of religion was generalised, so to speak, as a consistent set of beliefs. This became the standard which all religions had to meet. I show in my research how this norm has affected liberal thinkers’ ideas. For example, the influential American philosopher John Rawls (1921-2002) reduces religion to a strictly personal conviction. It is something for ‘behind closed doors’. The government mustn’t only be impartial or neutral towards various religions, but towards all its citizens’ moral, philosophical and religious doctrines.

Additionally, both Rawls and Habermas’ work regularly contains the idea that religion poses a specific danger. Jürgen Habermas (1929) presents religion as a unique form of ‘energy’ which dominates the entire lives of believers – as individuals and citizens. He principally links this danger to Islam, arguing that this religion, unlike Judaism and Christianity, isn’t yet able to reflect on itself. Habermas thinks that Islam still has to go through this development.

I use my historical perspective to show that the political and historical context determines which religions one considers dangerous and which characteristics are deemed politically relevant. This insight qualifies rigorous claims like Habermas’, which compares entire religions in their totality.

I hope my dissertation will make people look more critically at the ways in which religions are politicised. It certainly illustrates that the concept of a ‘Judeo-Christian civilisation’ is absurd, let alone the demand in some political quarters to protect it.