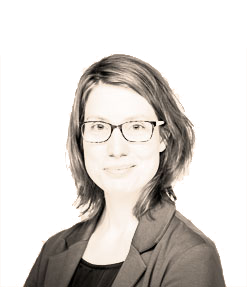 WHAT NEUROSCIENCE AND PHILOSOPHY HAVE TO OFFER ONE ANOTHER

Neuroscience and philosophy are often juxtaposed in the public debate. Extreme positions and images are not unusual. Some argue that neuroscience is permanently demystifying our portrayal of mankind. Others stick to the view of philosophy as the queen of the sciences. It was high time to straighten things out, according to Annemarie van Stee, who wrote a dissertation on the common ground and divergences between the two disciplines. She focused on their contributions to self-understanding, specifically in matters of fundamental importance, such as love and experiences of meaningfulness and meaninglessness.

When it comes to free will, much has already been written about the interface between neuroscience and philosophy. But there is a great deal more neuroscientific research that could potentially upend our ideas about ourselves. People do not react strongly to neuroscientists investigating memory. Things are very different when neuroscientists conduct research into existential themes such as love or religion. This generates powerful reactions, varying from great interest or applause in some people, to abhorrence or disbelief in others.

Neuroscience and philosophy are often juxtaposed in these debates. The assessment of philosophy varies from ‘queen of the sciences’ to ‘the outdated forerunner of empirical science’. At the same time, people often employ a fairly superficial understanding of neuroscience. Finally, hardly any attention is paid to what we mean by self-understanding: what exactly are we looking for when we strive for self-knowledge? In short, I thought it was high time for a philosophical thesis on existential self-understanding in which these omissions were investigated.

Starting with the final omission: to arrive at a clear description of existential self-understanding, I examined the work of philosophers such as the Americans Harry Frankfurt (1929) and Susan Wolf (1952) and the Dane Søren Kierkegaard (1813-1855), one of the so-called fathers of existentialism. Frankfurt is a preeminent contemporary thinker about love and how it shapes us. Wolf elucidates how people’s desire for meaningfulness motivates their choices and how this is connected to love. And I find Kierkegaard’s ideas inspiring, because he illuminates the – often problematic – ways in which people relate to themselves.

I sometimes worry about the influence of popularisation of brain research on policy making and education.

People who pursue existential self-understanding seek to understand what is of crucial importance in their lives. Think of love, both romantic and non-romantic, and experiences of meaningfulness and meaninglessness. What do we – and do we not – have control over in this area? And how should we relate to it? The understanding that people form of themselves is not a neutral reflection of who they are; it influences how they behave and what choices they make.

Neuroscience provides knowledge about the brain activity that enables us to experience love, meaningfulness or meaninglessness. Hopefully, in the future it will also provide insight into brain mechanisms underlying problems we experience when the brain does not function properly. What neuroscience cannot do, is to provide insight into the experiences themselves. There, philosophy and other humanities have something to offer.

Take, for example, brain research into romantic love by Semir Zeki’s lab in London. In these studies, subjects’ brain activity was measured while they looked at photos of their loved ones. This says nothing in itself about love, only about neural networks involved in what people experience when they look at a picture of their loved one.

Furthermore, participants were recruited with the question: ‘Are you truly, madly, deeply in love?’ By doing so these brain researchers narrowed down romantic love to infatuation. This example shows how important moments in the research process are based on interpretation. Interpretation is inevitable, but it is important for neuroscientists to be aware of this. You can only compare various studies on romantic love when you know exactly what was researched in them.

I sometimes worry about the influence of popularisation of brain research on policy making and education. Even though most neuroscientists are modest, the extreme visions of a few have had a major influence on the field’s image, especially in the Netherlands. Citing selectively interpreted research data in their books has given their ideas, such as ‘Free will does not exist’ or ‘We are our brain’, great rhetorical power. These scientists portray their field as a demystifying science which has made philosophy and psychology superfluous. My doctoral research demonstrates why the neuroscience, philosophy and psychology need each other and on which points they can reinforce each other. Neuroscientists, philosophers and psychologists can only benefit from cooperating with each other.