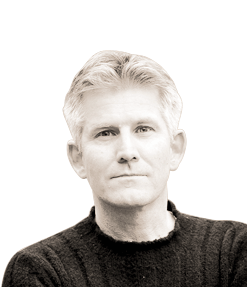 IN SEARCH OF A CULTURAL-PHILOSOPHICAL INTERPRETATION OF DEPRESSION

In mental health, depression is currently principally regarded as a brain disease or mental disorder. Bert van den Bergh argues that these approaches ignore the personal experience of people suffering from depression. He went looking for the fundamental source of this widespread condition from a phenomenological perspective. We have to situate it less in our nature and more in our culture.

Despite all the attention that has been paid to depression in recent years, I think we are looking in the wrong direction. I wanted to counterbalance the current approaches to depression in my dissertation. In mental healthcare depression is usually regarded as a brain disease. Or as a cognitive disorder, where the focus is on the negative spiral of thoughts in people with symptoms of depression. I wanted to counterpose this with an alternative, phenomenological conception of depression. It focuses on people’s individual experiences.

I have also placed the so-called depression epidemic, a term coined by the Dutch philosopher of science Trudy Dehue in 2008, in its cultural context. My aim was to expose the relationship between the widespread occurrence of depression and prevailing views of the good life. I found a striking description of this in the French sociologist Alain Ehrenberg’s book The Weariness of the Self: Diagnosing the History of Depression in the Contemporary Age (originally published in French 1998; first published in English in 2010). By the standards of our ultra-liberal culture, depression is a ‘disease of self-realisation’. People fall short of ‘being themselves’. You have to be constantly active, cheerful and communicative, and work on yourself as you would on a project. An illustrative example is the singer Laura van Kaam, who won the talent show Voice Kids at the age of 14 in 2013. A few years later she announced on Facebook that she was suffering from severe depression, a message that itself became a hype. Laura is not the only ‘winner’ who has experienced something like this.

Ehrenberg describes how we currently conceive the phenomenon of depression. But this does not mean that we experience it like that. Following the Belgian psychiatrist and psychoanalyst Jacques Schotte amongst others, I regard depression as a disturbed elementary alignment between a person and the world. Depression is not so much extreme gloom as existential isolation.

The concept ‘mood’ plays a crucial role in the phenomenological approach to human experience. The primary contact between humans and the world is not cognitive in nature, but instinctive or – in phenomenological terminology – ‘moodlike’. Things can already go wrong at this basic level. For this reason, I primarily regard depression as ‘discord’, in both senses of the word: profound malaise due to not being attuned to the world. Someone who is depressed feels removed from everything, and lives as he or she were in a bell jar. Their negative spiral of thoughts is merely a derivative of that. Neither does this fundamental lack of attunement have anything to do with a so-called adjustment disorder, as described in the DSM (Diagnostic and Statistical Manual of Mental Disorders) which established psychiatry relies on so heavily. Attunement is something elementary, whereas adjustment is secondary or tertiary.

“People with depression are not mad, on the contrary, perhaps they are just a bit too realistic.”

The phenomenological approach to depression is also embraced by the well-known German sociologist Hartmut Rosa. In his book Social Acceleration, the book with which he made his name in 2005 (first published in English in 2013), he speaks of a disorder which is distinctive of our ultra-dynamic and hyper-individualistic culture. He considers depression a loss of autonomy. This changes in his recent work Resonanz (2016), where he calls depression a radical form of alienation and no longer counterposes it with autonomy, but rather with resonance.

Rosa contends that our late-modern culture is deficient in resonance. I concur. Not only are people often depressed, they frequently have a basic feeling of haste. They increasingly lack a permanent labour contract and get symptoms of burnout at a young age. Both commercial companies and non-profit institutions are continually in the process of reorganisation. There are attunement problems in many different areas. This causes people to lose their bearings.

The dominant approach to depression – as a brain disease or cognitive bias – negates the depressed person’s experience of discord. That is why I call it a ‘stolen disorder’. I am not trying to say that people should never use antidepressants. Or that they should not restrain their negative thoughts with, say, the aid of cognitive behavioural therapy. And I of course fully recognise that someone’s unique, personal situation can be so stressful that it leads to a mental disorder. But I think that when we talk of a “depression epidemic” this is something which is not unique – it is the way we are shaped by our culture. It is ‘depressogenic’; it makes people ‘sick’.

My research demonstrates that we have to situate the sources of depression much more outside than inside. That will not directly reduce the suffering of people who feel depressed, but hopefully it will make them less lonely. They are contending with a collective problem. They are not ‘mad’, on the contrary, perhaps they are just a little too realistic, because they suffer more than others from something disruptive about the way we live together.