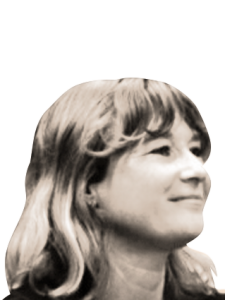 Daphne Truijens studied law and philosophy at Leyden University. She’s the founder of THRIVE PhD Academy where she collaborates with academics in helping corporations and governments to make a social impact and to contribute to a future-proof world. Daphne has a passion for ‘knowledge valorization’, improving the way scientific expertise is used to achieve economic and social goals.

How strong is the evidence for behavioral policies?

The term nudging is batted around in popular science and public policy. This would lead one to believe that it’s easy to change people’s behaviour with the intention of helping them making ‘better’ decisions. The evidence may seem overwhelming, but, according Daphne Truijens, proves to be disappointing: ‘Those studies are based on all sorts of assumptions about rationality and how people make decisions.’

“Take the new rules around on organ donation in the Netherlands. Anyone not registered in the national Donor Register received a letter between September 2020 and April 2021. Previously you would become an organ and tissue donor only after registering. Now this has been turned on its head: essentially everyone is a donor, unless they explicitly indicate not wanting to be one. The rationale behind this is that people are generally willing to donate their organs or tissue but are too lazy or slow to register their consent. The idea is that by switching the process around, everyone benefits.

This new Donor Act stirred up a lot of controversy, because there are many reasons imaginable why people aren’t registering themselves. They may have trouble understanding the language. They may need more time to think it over. Or they prefer to leave the decision to their family. In those cases behavioral policy can have a totally different outcome than intended. Some people plainly felt manipulated by the government. Out of protest they went in the opposite direction and decided not to become a donor.

The new donor act is an example of behavioral policy with which the government tries to steer citizens in a certain direction. This kind of policy is receiving a lot of criticism. Most critics focus on the question whether it’s ethically responsible to influence people without them being aware of it. However, in my dissertation I study whether it actually works the way we think it does.

The policy is based on the assumption that people do wish to be donors but for various reasons don’t register themselves, due to a lack of determination or time. In my dissertation I study how strong the scientific evidence for such presupposed mechanisms is and which normative ideas about rationality they are based on. It turns out the scientific evidence is much weaker than we thought. Many experiments merely show that people alter their behavior, but not why they’re doing so. The underlying mechanisms form a grey area. In new situations the outcome can therefore differ greatly from the intended result since you don’t know which factors are playing a role. This complicates making policy.

The economical principle of rationality is about consistency. You are a rational person if you make well informed decisions based on a maximum amount of time, information, and brain power – kind of like a super computer with Ghandi powers.

Nudging is based on this notion of rationality. If Sophie, upon entering the supermarket, first sees the chips and then the potatoes, she will reach for the chips. If we switch the order of products so Sophie will first see the potatoes and then the chips, she will grab the potatoes instead. Based on this evidence nudgers will come to the conclusion that Sophie’s behavior is inconsistent, and therefore irrational, because she simply grabs whatever she sees first. You can however, also argue: Sophie is in a hurry. She doesn’t choose between potatoes and chips but between ‘spending more, or less time at the supermarket’. Looking at it this way, Sophie was in fact consistent and therefore rational.

So notions about nudging are based on assumptions about decisions people face, how they are making these decisions, and how they should be made. However, things don’t have to be the way the nudgers think at all.

The second kind of behavioral policy is known as boost. This policy is based on evolutionary theories and rest upon a different notion of rationality. According to boosters rationality has nothing to do with acting consistently based on a maximum amount of information. When you are chased by a wild animal, you don’t need to know everything in order to make the right decision. You have to decide in less than no time and will likely make some crazy jumps, without knowing which way you’re going. That’s rationality, according to this theory.

At times, people can remember things through the use of simple heuristics or association, better than any super computer would. Boosters help people, by giving them better simple heuristics. Doctors and patients can for instance make better decisions when we say that ‘three out of every hundred’ instead of ‘3 percent’ of patients develop complications. By representing information in exact numbers, we can empower people to make better decisions. They will better understand the information. It’s bases on completely different theoretical principles than steering people’s behavior through nudging.

In my dissertation, I discuss these different ideas about rationality and behavioral policies. I demonstrate that these aren’t neutral scientific principles. They are value laden. This is true for many sorts of scientific practices, but it is important to be open about it and to be explicit about these underlying values. We should talk about them more often: What do we consider good decisions? And do we think the government and scientists are allowed to help us making those or not? Currently we’re not having this discussion, and this undermines our democracy.”