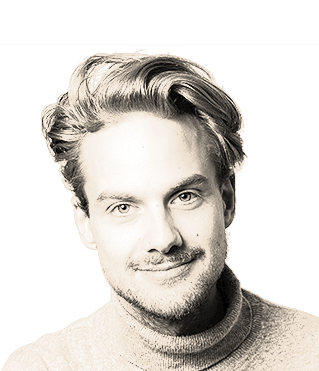 Derek van Zoonen studied Philosophy (bachelor), Classics (bachelor) and Psychology (minor) at the University of Groningen and the Humbolt Universität in Berlin. In 2016 he received his research master in Philosophy, graduating cum laude. As part of his PhD, he also studied briefly in Oslo, Oxford, and New York (Columbia University). One of the chapters in his thesis wiil be published in the Journal of the History of Philosophy under the title ‘Problems with the Life of Pleasure — the Genesis Argument in Plato’s Philebus (53c4–55a11)’. In addition to his academic work, Derek occasionally writes book reviews for the website of the Nexus Institute.

Pleasure as a recovery process

Dedicating an entire chapter to only a short passage from Philebus while still making a point that sheds a new light on its author, Plato. That’s exactly what Derek van Zoonen hopes to achieve with his meticulous analyses in his dissertation. Although Plato was certainly critical of hedonism, the father of Western philosophy wasn’t the anti-hedonist that thinkers like Nietzsche made him out to be. Derek shows that according to Plato you’ll only get in trouble when you define pleasure as the highest good and make it central to your life.

As early as in Prep-school (Gymnasium) I was fascinated by philosophy and the classical languages. I still remember vividly how we slowly worked our way through translating Socrates’ death scene from Plato’s Phaedoand the famous allegory of the cave from Book 7 of Republic in class. There was something magical about it, that combination of philology and philosophy. Today I still experience that magic: on the one hand, the puzzle solving on a microscopic scale, getting to the bottom of complicated grammatical constructions and figuring out the precise meaning of words and sentences; on the other hand, the big questions that philosophy concerns itself with in such a clear and precise manner. And all of this set against the background of many various cultural, literary, and historical influences a text and its interpretation are subject to. In terms of content I find Greek ethics unparalleled as well: For the Greeks, all philosophy – though especially ethics of course – was intimately connected with our lived lives.

A cold glass of water

One of the texts I scrutinize in my dissertation is a short passage from the Philebus, a later dialogue by Plato. In it, he argues that pleasure is a genesis, a process of becoming, and not ousia, a robust, stable state of being. As a result, enjoyment is of lesser value than things that are in such a stasis. Aristotle was not a fan of this argument: he particularly struggled with the suggestion that individual experiences of pleasure might not be valuable as geneseis;a view which, as I demonstrate, he incorrectly attributes to Plato. This criticism of the argument can even be found in modern secondary literature. For example, Justin Gosling, a renowned Plato scholar, believes that Plato had this ramshackle idea lying on a shelf somewhere, and out of desperation decided to squeeze it into the dialogue somewhere random. In sharp contrast, I believe that this argument is in fact much more sophisticated and convincing than is often thought.

“Plato’s analyses of pleasure can even be found in the ideas of modern psychologists.”

Plato doesn’t simply postulate that pleasure is a genesis out of metaphysical braggadocio. If you meticulously investigate what pleasure is, he argues, you will discover that it is a restorative process, in which a disturbed natural harmony or balance is repaired. A standard example is drinking a cold glass of water on a hot summer day: the pleasure you derive comes from restoring a balance, you rehydrate yourself and you cool down. According to Plato’s argument, the hedonist who claims that we should organize our lives around the active pursuit of pleasure is thereby also committed to the idea that we should actively pursue states of disruption like thirst and overheating on which pleasures are dependent. This entails, absurdly enough, that a hedonist somehow thinks we should pursue painful states which hurt – the one and only thing a hedonist wants nothing to do with. Stronger yet, for a hedonist, pain is the one and only thing that is really bad.

In addition, the genesis argument suggests that pleasure is something elusive that you can never really grab a hold of. As soon as the balance is restored, the pleasure disappears as well and you can start over again. It can therefore not be the highest good.

As such, Plato believes that if you make pleasure central to your life, you’ll lead a life that all in all looks absurd from an outside perspective and this means that cannot possibly be the supreme good. This is what I call an existential reductio ad absurdum.

Generally in the Western tradition Plato is often portrayed as a pleasure hater — a conservative, or some kind of Christian avant la lettre who has become an anti-hedonist out of prudishness or hatred for life, without being able to offer any decent arguments for this suspicion of pleasure. Friedrich Nietzsche is one of the instigators of this image. What my interpretation shows is that Plato in fact does have sound arguments for his position, of which the genesis-argument is just one. His analyses are still extremely relevant and interesting. Nietzsche is therefore wrong.

Take that genesis argument again. It is rooted in a carefully crafted theory of what pleasure is exactly, a theory which later surfaces in Arthur Schopenhauer and Sigmund Freud and even in modern (evolutionary) psychologists.In his genesis-argument Plato combines that theory with clear and convincing ideas about the criteria something must meet for it to be a supreme good. A good life shouldn’t look absurd or irrational and it can’t amount to the frantic pursuit of slippery and fleeting things. These are ideas that even Aristotle gratefully copied in his Nicomachean Ethics — even though he didn’t think the genesis argument itself was a success.

Moreover, my interpretation demonstrates that Plato believes that pleasure doesn’t necessarily have to be a bad thing. There is nothing wrong with individual hedonic experiences, they simply have value. The central idea is that you only get into trouble when you claim that pleasure is the highest good.

I think there has never been a period in the history of Western philosophy during which thinkers spent such extensive and thorough thoughts about the nature and value of  pleasure as during Greek and Roman antiquity. It is no coincidence that renowned philosophers such as Gilbert Ryle, Michel Foucault, and Donald Davidson all realized they had to delve themselves into the Greeks to get a better grip on this theme. Most people however, even utilitarian thinkers like John Stuart Mill and Jeremy Bentham, assume that as a concept, pleasure speaks for itself. Plato shows us that pleasure is much more complicated than it appears at first glance.

Plato on Pleasure and the Good Life, Groningen, Spring 2021.