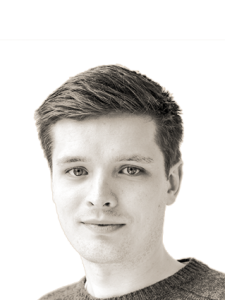 ‘We should limit wealth’

Everyone wants to solve poverty, but can wealth be a problem as well? Should there be a ‘wealth threshold’ like there’s a poverty line? In his dissertation, Dick Timmer argues in favor of restricting wealth and investigates the concept of a ‘limit’.

Two out of three Dutch people say you have enough money if you can afford two houses, two cars, five vacations a year and have 500,000 euros in savings. If you subsequently ask them the question ‘would having more be too much?’ most of them answer no. But if you give them the choice between cutting back on social services or taxing the super-rich, the majority chooses to tax.

You can see this same line of thinking in political philosophy. A lot has been written about inequality and about taxing the rich to solve poverty. But the idea that extreme wealth in itself is a problem is hardly ever talked about. Yet, currently it is becoming a point of discussion. The super-rich are getting increasingly richer and exert a significant influence on our social and political institutions. Is it socially desirable and morally justifiable that such a small group of people is able to accumulate so much money?

In my dissertation I build on research by my supervisor, political philosopher Ingrid Robeyns. She offers two arguments for a so-called wealth limit. First, those large financial assets and how people use them, are often a waste of valuable opportunities. We would be better off spending that money on public and social programs or on people who live below the social minimum.

The second argument is about the political influence wealth can buy. In the United States you can’t run in the presidential election unless you are a multimillionaire. In the Netherlands too, big business has enormous lobbying power, which translates to social and cultural influence. But government programs must remain independent of private interests. Private actors can implement radical changes just like that, free of democratic oversight. In which case there is no guarantee whatsoever that people will receive that to which they are entitled.

Extreme wealth undermines the equality of opportunities and rights. In England and the United States you see for example that universities and colleges pre-select for highly affluent students. In the Netherlands too, your socio-economic background influences your chances and opportunities. The gap between the rich and the poor is widening and will become unbridgeable if we do not take action.

“No one believes that multi-billionaire Jeff Bezos truly works that much harder or is that much more talented than his employees.”

In my dissertation, I defend yet another argument for a wealth threshold. Although an equitable distribution of money and wealth may look at someone’s performance or needs, the government often does not have all the relevant information to give everyone exactly what he or she is entitled to. We often simply don’t know what someone’s ‘merit’ is.

No one believes that multi-billionaire Jeff Bezos truly works that much harder or is that much more talented than his employees. The mere fact that Bezos has so much money doesn’t prove that amount is justified. This uncertainty greatly reduces the probability that billionaires truly deserve to own as much as they do. I therefore defend a precautionary principle: unless there is overwhelming evidence that someone needs be super-rich, it would be best to limit and redistribute their wealth.

So there are good reasons to limit wealth, but how do you go about it and what exactly is a ‘threshold’? The concept of a ‘threshold’ isn’t new of course. There already is a lot of literature and knowledge about poverty lines for instance. Should such a threshold be an absolute threshold or depend on how many others have? And how do you determine that? There are several theories on this topic which can be used to determine a wealth limit.

Many people object to wealth limits because limits would be arbitrary. However, that is no reason not to set them. The same holds true for the poverty line. Above a certain threshold, someone who earns slightly more income is no longer poor. In which case you’ll receive fewer financial benefits, for example. That exact point cannot be justified, and yet such a poverty line has an important function. In fact, we distinguish like this more often. For example, just because there isn’t an exact point when ‘day’ turns into ‘night’, doesn’t mean you can’t make a relevant distinction between day and night.

If the arguments against extreme wealth are convincing, then we should think of a wealth limit. It is not up to me to determine exactly how high that threshold should be. As with the poverty line, that is ultimately up to politicians, and therefore up to us all.”