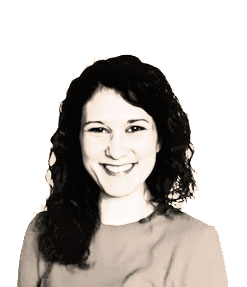 HOW AN ATOMISTIC MODEL OF NATURE MANAGED TO SPREAD

According to the usual narrative, the Roman poet Lucretius was an author clearly ahead of his time. Some authors even tend to see the rediscovery of his poem De rerum natura in the Renaissance as a driving force of the scientific revolution. But as Elena Nicoli found out during her PhD-research, the story is not that simple and linear. Renaissance admirers of Lucretius tended to look at his atomism, having in mind Plato or Aristotle’s philosophies of nature. But this attitude inevitably changed many features of Lucretius’ theory of matter.

My interest in Lucretius dates back to my Master’s years in Bologna. I remember reading Lucretius for a Latin exam, and, even then, I was deeply fascinated by some parts of his poem De rerum natura; On the Nature of Things. Back then, I was also interested in how classical books, such as this poem from the first century BC, can influence and speak powerfully to later readers. This is why I wrote my Master’s thesis on the influence of Lucretius on twentieth century literature, for instance on Italo Calvino and Jorge Luis Borges.

Lucretius was an atomist. Just as his master Epicurus, he held that the two fundamental constituents of the natural world are atoms – indivisible bodies – and void. These atoms are ungenerated and indestructible. They move about in an infinite void, and, when they collide, combine into clusters and produce compound bodies.  Books I and II of Lucretius’ De rerum natura are devoted to atomism. So his work is not just a beautiful poem, but also a powerful tool to explain the Epicurean philosophy.

Since I wanted to delve more into this subject matter, I started looking for projects that could allow me to deal with Epicureanism and its reception; and this is how I ended up in Nijmegen, where at the time there was a project on atomism.

For my PhD, I dealt with several early Renaissance authors who treated Lucretius’ text, a work that almost disappeared for about five hundred years and was rediscovered in 1417. I got the impression that some of them simply misunderstood certain aspects of Lucretius’ philosophy. Often this happened because they approached the text having in mind the doctrines of Plato or Aristotle. For instance, the fact that Lucretius never uses the word ‘atom’ in his text, but resorts to other terms to designate these particles, such as elementa (‘elements’) or semina rerum (‘seeds of things’), was quite misleading. As a result, these Renaissance authors were tempted to confuse his atoms with the four elements earth, water, air and fire, which we find both in the texts of Aristotle and Plato. Or they interpreted Lucretius’ matter theory in vitalistic terms: they often thought that Lucretius’ atoms, far from being mere ‘chunks of matter’ that create the bodies simply by aggregation and disaggregation, were endowed with enlivening forces.

“Just as the Renaissance commentators of Lucretius, we are in fact inevitably biased by our cultural background and personal convictions.”

According to the usual narrative, Lucretius was in many ways an author clearly ahead of his time. Some scholars tend to see the rediscovery of his poem in the Renaissance as a revolutionary event, which promoted the so-called revival of atomism. This phenomenon has long been considered a driving force of the scientific revolution. And we find this interpretation also in Stephen Greenblatt’s Pulizer prize-winning best-seller The Swerve: How the World Became Modern (2012).

However, as I have shown in my PhD thesis, the story is not that simple and linear. If at some point after the rediscovery of Lucretius’ poem an atomistic model of nature managed to spread successfully, it is only because some atomistic explanations were harmonized with more vitalistic theories of matter, such as Aristotle’s or Plato’s, and were embedded in finalistic theories of nature. Those theories presume that all natural processes are directed towards some end. This was also the orthodox Christian view, which held that all that occurs in the universe is a product of God’s design.  Lucretius’ materialist philosophy, by contrast, was based on the assumption that everything happens by chance. In this view, there was no room for a superior entity that pre-orders the world in accordance with a certain plan or goal.

Although my research is about an ancient text and its reception in the Renaissance, it is to some extent relevant for all historians and even for every intellectual undertaking in the humanities. Every time we approach a text, we should be aware that we are never one hundred per cent objective. As much as we try to be impartial, we are already interpreting a text while reading it. Just as the Renaissance commentators of Lucretius, we are in fact inevitably biased by many factors, such as our cultural background and personal convictions, which will inevitably affect our interpretation.

Elena Nicoli, The Earliest Renaissance Commentaries on Lucretius and the Issue of Atomism, Radboud University, September 2017.