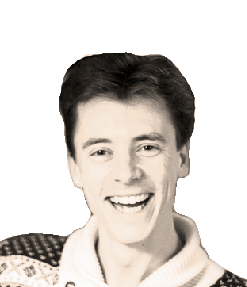 TWO INVALUABLE LENSES THROUGH WHICH WE CAN VIEW THE WORLD

For years philosophers have wrestled with the question of how a mental state can cause human behaviour. Contemporary thinkers argue that the mental is rooted in the brain. To equate mental states with neural processes however, would be reductionist. But if the mind and the brain are two different things and our brain is the cause of all our behaviour, what use is the mental? Frank van Caspel thinks he may have found a way out of the impasse.

Even to this day many philosophers are still trying to come up with a fitting definition of the mental. We prefer to stay away from Cartesian dualism because the interaction of an immaterial mind with a physical body remains something inexplicable. The mental must be rooted in the physical, and it should fit within the scientific worldview. So no spooky stuff. We have strong indications that our mental existence completely depends on our physical body. Tinkering with our brain often directly impacts our mental life.

On the other hand, we don’t want to equate the mind with the brain. That would be a gross oversimplification. Our psychological concepts don’t carry the same meaning as those used in neuroscience. This non-reductive idea also better aligns with our common sense. Being a philosopher, it would be strange for me to argue that we don’t really have any thoughts and yearnings but only brain processes.

It is precisely this non-reductive approach however that stirs up the problem of mental causation, a central problem in the philosophy of mind. What is the relevance of mental states if the physical states that underlie them, appear to be a sufficient cause for our behaviour in and of themselves?

I believe to have solved this problem in my PhD research. I argue that the mental causation problem stems from a misrepresentation, in which mental and physical causes are characterized as rivals. Something we especially see when neuroscientific, and philosophical notions are integrated into one causal model. I make clear that when doing so, philosophers are in fact breaking an implicit rule, namely that one shouldn’t include interdependent variables into one causal model. Hence, when including both a mental occurrence, as well as its underlying physical state something will go wrong. And in situations like these, philosophers are often quick to conclude that something has to give. Or in professional jargon: we’re having a causal exclusion problem on our hands.

“At times it seems as if the primary goal of my research is to stop other philosophers from writing about a pseudo-problem.”

In my dissertation I’ve made explicit and meticulously described all implicit rules or restrictions that apply to building causal models. In doing so, I’ve been able to explain in detail what goes wrong and why that causes problems. The result is a theory of causality that enables the development of multidisciplinary models in which variables from different disciplines such as neuroscience and psychology can be incorporated without generating a mental causation problem. Which, according to my theory, is a pseudo-problem that only occurs when philosophers develop improper causal models.

At times it seems as if the primary goal of my research is to stop other philosophers from writing about this pseudo-problem. Not the most cheerful thought. Although you can also take a more positive view: my theory enables psychology and neuroscience to coexist and to complement each other. A lot would be lost if we were forced to do away with psychology. Mental notions such as ‘love’ and ‘pain’ are often way more evocative than a description of the neural processes that underlie them. The physical and the mental aren’t rivals, they are two equally valuable lenses through which we can look at the world. 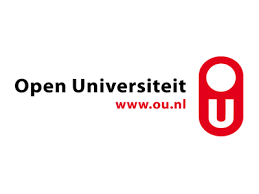