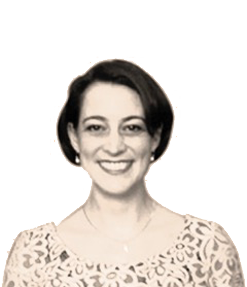 LOVE OF FATE AND FATE’S LOVE

Hedwig was already fascinated by Friedrich Nietzsche at secondary school. She wrote her Master’s thesis about his concept amor fati which she continued researching in her dissertation. Contrary to what other philosophers had thought, she discovered that Nietzsche could not have acquired his ‘love of fate’ from the Stoics. According to Hedwig, Nietzsche can inspire us in this era of fake news not to walk away from the facts.

For my secondary school project I wrote about Nietzsche’s conception of the Apollonian and Dionysian. I was very interested in emotions as a teenager – and I still am. What are emotions? How do you deal with them? How do you keep them in check? A few years later, I gave a guest lecture on virtue ethics at my old secondary school – it was the theme of the philosophy exam that year. Teachers used a book by Paul van Tongeren, a professor at the Radboud University. His approach to the subject was very important to me. It turned out that he had also written a lot about Nietzsche, who still intrigued me after senior school.

Van Tongeren is the person who drew my attention to amor fati. In his book A Reinterpretation of Modern Culture (1999), he claims that Nietzsche probably acquired the concept from the Stoics. And indeed, even though Nietzsche is the first person to use the term amor fati, the concept seems at first glance similar to the Stoic concept of ‘living in accordance with nature’.
I explored this in my Master’s thesis Fate’s Love. I discovered that you can interpret this term in two ways: it can be the love of fate, but also fate’s love. Fati can be conceived of as a genitivus subjectivus and as a genitivus objectivus, which really is something a classicist would think up. Combining the two, everything becomes fate, including Nietzsche himself and the place he envisions for himself in world history, which he embraces passionately. Love becomes reciprocal, as it were, and goes from fate to fate.

The distinction between these two kinds of genitivus also plays a role in my dissertation. I delved deeper into the subject for my PhD research. Nietzsche only uses the term amor fati a total of ten times in his entire oeuvre. Yet it is an important concept, he never used it in a subordinate clause or in brackets. It is certainly something grand and compelling in Ecce homo (1888). Nietzsche sees himself as the great ‘yes’ in response to Christianity’s ‘no’ to the world. He himself has become fate, affirming all of history, including Christianity’s nihilism.

“Nietzsche encourages us not to sink into our own fantasy world and to continuously examine our own ‘truth’.”

Yet Nietzsche was not at all thinking in this way in 1882, when he first used the term in The Gay Science. He was rather struggling with the question of how we are able to acquire knowledge. He had just realised the fact that our senses are focused merely on survival; they are not at all equipped for ascertaining the truth. Everything we take to be true is only true because it enables us to live. Nietzsche’s drama with the senses occurred around 1879. He was looking for ways to deal with it, and for a while the Stoic Kunstgriffen (tricks) seemed to be a solution. According to one such Stoic ‘trick’, you should imagine every day that all the things you care about are temporary. If, for example, your child actually dies, you will be less upset, as you know that this kind of thing can happen. But Nietzsche rejected Stoicism’s detachment prior to introducing the term amor fati, increasingly describing the Stoics as ‘cold’ and ‘statue-like’ and criticising their ideal of apatheia.

Nietzsche’s amor fati in 1882 therefore has nothing to do with the detachment of the Stoa, but is about accepting the fact that he is a thinker, even if human beings are not equipped to acquire knowledge. The only thing that he can do as a thinker is to approach the world from as many emotional perspectives as possible, and let the various perspectives collide. After all, the world looks very different when you are angry than when you are afraid or happy.
So I disagree with colleagues who have previously written about amor fati in Nietzsche’s work. According to them he thought predominantly about the good life during this period, but this is incorrect: he was predominantly interested in knowledge, in truth. It was with good reason that he called his book The Gay Science.

At the end of the day I am more into the exploratory, experimental early Nietzsche than the bombastic, angry and powerful figure of his later period. His popular works, like Ecce Homo and The Antichrist, are from this megalomaniacal period. He was not so sure of himself in his earlier work. This period is also less well researched, which was more interesting to me as a philologist. It demanded the persistence of reading, rereading and reading again, sifting and sifting again.
Also as a person, I think that the early Nietzsche is ultimately of great value. The message of his amor fati from then is still relevant: face the facts! Don’t simply limit yourself to what suits your own perspective! In this era of fake news, we have come to consider it almost normal that everyone has their own ‘truth’. Nietzsche encourages us not to sink into our own fantasy world and to continuously examine this ‘truth’.