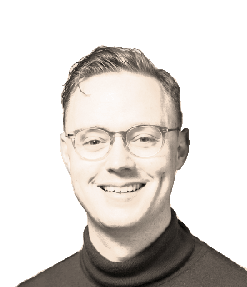 THE CASE FOR THE RE-EVALUATION OF DESERT

With the publication of John Rawls’ A Theory of Justice in 1971, the notion of ‘desert’ was relegated to the margins of philosophy. With it, an important tool for determining the social value – and proper financial compensation – of activities such as (unsalaried) elderly care, painting, or music was lost. This is why in his dissertation, Huub Brouwer makes a case for the re-evaluation of the concept of desert.

In philosophical discussions about a just distribution of wealth and income, desert barely plays a role of importance. I find this intriguing. Research has shown that ‘regular’ people do in fact find it relevant when thinking about these issues. And in the current philosophical debate about criminal punishment, desert is a key concept, so why is it left out of the discussion about the distribution of goods?

For centuries, desert was indeed key to this discussion as is evident from the works of Plato, Gottfried Wilhelm Leibniz, and John Stuart Mill. Since the 1970’s however, the concept has fallen into disrepute. In my opinion this is largely due to the criticism by John Rawls in his famous and influential book A Theory of Justice (1971). He argues that due to an omnipresence of luck, you can’t justify that people earn their income and wealth. Your intelligence and work ethic are largely determined by your genes and upbringing, factors over which you have no control. You could learn how to work harder perhaps, although according to Rawls your learning abilities are determined by these very same inherent factors.

“Desert requires that someone’s reward is proportionate to someone’s qualities or actions.”

An important criticism of Rawls is that his difference principle disregards personal choices. Among his critics are the so-called luck-egalitarians who are an influential voice in this philosophical debate. They also believe luck should be ruled out as much as possible in the distribution of goods. However, they include another factor: Are inequalities in position and income the result of personal choices? If so, inequality is justifiable. Let’s say you choose to start working part-time to care for your sick parents. In that case you also choose to make less money. If you are a musician you take for granted that you’ll make less than someone with an MBA. I believe that a lot of politicians think like luck-egalitarians. Take the French president Emanuel Macron. He claims to be indebted to social democracy but in a profile in The New Yorker (July, 2019) his views are described as completely in line with luck-egalitarianism: differences in income are justified so long as they can be traced back to personal choices. In this manner you can justify enormous income disparities.

By introducing the notion of desert in my theory, the existence of such disparities can no longer simply be brushed off. I’m not only linking desert to freedom of choice but also to the social value a particular choice creates. So unlike in luck-egalitarianism, the philosophical discussion isn’t just about the personal responsibility for a particular choice. The debate will also be about the question: what does have social value and what doesn’t?

Almost everyone agrees that certain people deserve more than others and that it’s good that they receive the compensation they deserve. Suzanne earns a nice salary because she works hard. Rozemarijn at least deserves recognition for rescuing her neighbour from her burning house. And Mark deserves punishment for shoplifting. What do all of these claims have in common? They all imply that the moral balance would be disturbed when someone doesn’t get what they deserve. Desert requires that someone’s qualities or actions – Suzanne’s work ethic, Rozemarijn’s heroism, or Mark’s crimes – stand in proportion to what they receive.

With the term ‘desert’ we can give new direction to the public debate on executive compensation. These exorbitant salaries are often justified with the argument that they are merited by an outstanding performance. Look at the CEO of Unilever whose pay at the time of his resignation equalled 283 times that of an average employee of the company. To say nothing of the president of Weight Watchers for whom that ratio amounted to 1 to 5900. According to the principle of proportionality this means that the CEO of Unilever on average is working 283 times as hard, or has 283 times as much talent or responsibility. But this theory won’t fly: It is pretty unlikely that when you replace the CEO with an average Unilever employee, that person will perform 283 times worse!