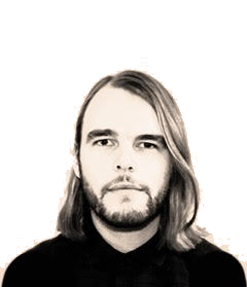 WHY PLATO HAS BEEN PROVEN RIGHT FOR NOW

Over forty years ago Edmund Gettier wrote a paper that shook epistemology to its foundations. Gettier called into question the classical account of knowledge, which had been widely accepted since Plato. Job de Grefte validated this account in his dissertation by linking theories and unravelling examples and counterexamples. This is not only interesting, but important too: Job argues that the question ‘What is knowledge?’ is perhaps philosophy’s most fundamental question.

The classical philosophical conception of knowledge can be found as far back as Plato’s dialogues. According to this definition, knowledge must comply with three conditions: you must (a) have a belief, which is (b) correct, and (c) justified. Take the belief that the earth is round. This belief is true, but suppose I don’t have any good reasons for this belief, then I can’t say that I know that the earth is round.
In 1963 Edmund Gettier undermined this classic conception of knowledge in a paper of just three pages. He demonstrated that even if you have good reasons for a belief, it can still be by luck that it is true. His paper generated hundreds of thousands of pages of philosophical commentary.

The philosophical debate I found contained a rather detailed analysis of what knowledge is, as well as quite unsophisticated claims that knowledge is not compatible with luck. I investigated the relationship between luck and the third condition of knowledge, the so-called justification condition.

Some philosophers make a distinction between objective and subjective forms of luck. This difference can be explained using the work of chicken sexers, a famous example from analytical philosophy. Hatcheries separate male and female chicks. The process appears to be fairly reliable, with sexers’ accuracy reaching 80 to 90 percent over time. But they do not know how they do it. Research has shown that they do so using odour, but the sexers themselves are unaware of this. From their perspective – thus subjectively seen – it is a matter of luck that they form ‘true beliefs’ about chicks’ sex. But objectively speaking this is not the case, given the result.
In my dissertation I linked these two kinds of luck to the debate between the so-called externalists and internalists on epistemic justification. Externalists justify knowledge with facts external to the believing subject; internalists assert that justification is mentally determined.

“I find abstract thinking, counterexamples, and coming up with and analysing thought experiments far from boring.”

I linked objective luck to the externalist position. A belief is objectively lucky if the method you use to form your belief produces a true belief, but could easily have produced a false one. Suppose you buy a lottery ticket and bet that you are going to win. If this turns out to be true, your belief is only luckily true because your method – guessing – could easily have produced a false belief.
I linked subjective luck to the internalist position. A belief is subjectively lucky if, from your own subjective perspective, your method could easily have produced a false belief instead of a true one. Take the chicken sexers: as they themselves do not know whether their selection method is reliable, this method could easily produce a false belief from their perspective.
In my dissertation, I argued that you can only speak of knowledge if you can exclude both forms of luck by using both an externalist and an internalist justification of your belief.

Returning to Gettier’s famous paper, he used several counterexamples to reject the traditional account of knowledge. One of them is about Smith and his colleague Jones. Both have applied for a promotion. Smith walks past his boss’ office one day and overhears him saying on the telephone that Jones is going to be promoted. Earlier in the day he had seen that Jones had ten coins in his pocket. Based on this, he concludes that the person who will get the job has ten coins in his pocket. Given Smith’s good reasons – he overheard his boss and saw the ten coins – his belief seems justified.
But good reasons can be misleading: it subsequently turns out that Smith has misunderstood his boss and is getting the job himself. Not only that – it turns out that Smith has ten coins in his pocket too. According to Gettier, Smith’s belief is both true and justified, but it is still not knowledge. After all, it was still by luck that Smith formed a true belief, despite his good reasons. Smith could have had 9 or 11 coins in his pocket. His method – a combination of sensory perception, memory and logical reasoning – could therefore easily have generated a false belief.
My claim is that externalist theories of justification exclude exactly this kind of luck. In other words, externalists can argue that Smith’s belief is not justified, and is therefore not knowledge. This refutes Gettier’s counterexample and saves the classic theory of knowledge.

I find abstract thinking, counterexamples, and coming up with and analysing thought experiments far from boring. Moreover, ‘what is knowledge?’ is one of the oldest – and most important – questions in philosophy. Looking for knowledge, whether in science or philosophy, assumes that we know what knowledge is. These are the very foundations of our thought.