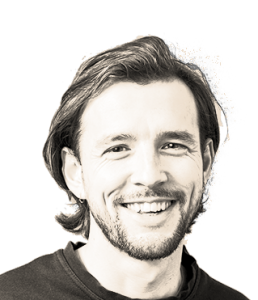 In which environments does scientific research obtain an aura of utility?

Intrigued by the valorization policy at Dutch universities, Jorrit Smit is writing a dissertation on the usefulness of science. In order to stay away from the traditional discourse of fundamental versus applied science, he approaches his subject from an unusual angle. He investigated concrete physical environments – or the proposed plans for these places – where production of ‘useful’ knowledge takes place. Consider, for example, the Bio-Science park in Leiden or Silicon Valley in California. Jorrit argues that the spatiality of these spots shapes the usefulness of science. Prefab buildings from the eighties do this differently from the urban living labs in modern day university towns.

During a master’s internship at the Rathenau Institute, I took part in a study in which we presented the term ‘valorization’ to a group of scientists – varying from archaeologists and literary scholars to physicists and computer scientists. In valorizing their research each of them was following Dutch science policy to the letter: they werepresenting it to a wider audience, developing a product or sourcing information from social interest groups. Yet in their own perception they weren’t; they associated valorization with financial gain. I found this an interesting paradox.

There was another dimension to the valorization paradox. With the valorization policy, policymakers have been trying to reinforce the interaction between science and society. Many researchers however, warned that this would lead to the selling out of science. On the other hand there are constructivist thinkers such as Bruno Latour and Isabelle Stengers, who showed me how science has always been strongly linked to both local culture and the social, political and economic context.

In my dissertation, I further explored this paradox surrounding valorization. In order not to go along with the existing rhetoric on the usefulness of science, I opted for a new perspective. When it comes to utility, many scientists, including many science theorists, rely on a standard rhetorical repertoire: fundamental science is curiosity-driven and strictly separated from applied science. In such stories, the transfer of knowledge often takes place in abstract, linear models: from scientific inquiry to research that yields true knowledge, which subsequently is imparted to one’s colleagues and society, where it is applied in real world social settings. However, both the distinction between fundamental and applied science as well as the linear model of knowledge utilization won’t hold up when you study scientific practices. Interactions with society occur during all stages of science. And exactly how that happens differs per situation and depends on the historical context. Therefore the thinking about useful research is changeable as well.

To survey this change, I do not approach utility from the questions of how and why, but rather focus on where useful knowledge is produced. The question where, in my opinion, enables you to look at knowledge transfer afresh and uncover certain assumptions. I noticed this while researching the development of science parks in Leiden and Groningen during the 1980s. By studying the concrete plans for these parks and the way those were being discussed, I was able to make clear that such a place represents a particular ideal for the production of knowledge in a specific historical context. What made science parks useful according to the planners? They fostered industrial innovation. And how did that happen? By facilitating more interactions between entrepreneurs and academics, in hybrid spaces on the edge of the campus. Meanwhile new networks arose around such plans between science, government and industry. In other words, answering the ‘where-question’ will also produce answers to questions concerning why and how.

‘The focus on the truth often hides a moral judgment that useful research is by definition inferior.’

I have called sites where utility and scientific research converge utility spots – in response to what sciencesociologist Thomas Gieryn calls truth spots. Places such as the prefab-produced biomedical laboratories contribute in a spatial sense to the credibility of the knowledge produced there. Gieryn describes a long tradition of ‘truth spots’, from the Delphic oracle to modern courts. He does however, pay little attention to the relationship between science and society. With the term utility spot on the other hand, I draw attention to places where knowledge production isn’t just seen as credible, but useful as well. This is an underexposed aspect in the philosophy, and sociology, of science. In those disciplines, the emphasis primarily lies on truth. Often this includes a moral judgment: useful research is by definition inferior or less interesting.

My thesis is also a response to work in (post-colonial) science studies on the worldwide ‘circulation’ of knowledge. In such studies, the focus lies on the movement of data, objects and knowledge from local situations to global validity. This universal knowledge is then established by, for example, exchanges between American and Indian laboratories or by collecting data in a tropical rainforest for a European pharmaceutical company. However, science studies often overlook the sites where this knowledge transfer takes place. I develop the utility spot concept precisely by researching physical, historical places where useful knowledge is translated into societal applications – from the Stanford Industrial Park – the seed for Silicon Valley – in 1955, to the first Dutch science parks in 1985.

I also research virtual utility spots, which represent a specific political scientific ideal as a plan or dream, like the plans for a ‘European University’ around 1960. Utopian fiction can help us visualize alternative forms of useful knowledge production. Consider, for example, Francis Bacon, who was one of the first to describe such a utopia of useful science in his New Atlantis.

The fact that the valorization policy has provoked so much resistance is partly due to the fact that it arose from the spatial model of the science park – and its relationships with commercial parties that are part of it. As a result, there has always been an economic connotation to valorization and that notion has been difficult for scientists in the humanities and social studies to identify with. After years of struggling with the term, it has recently been replaced by the term ‘impact’. Currently I’m researching whether that concept is more inclusive and in what way it shapes the physical space at Erasmus University in Rotterdam. So I ended up in a place that could have been the subject of my PhD research.

I hope to convey to researchers, policymakers and university administrators that we shouldn’t think of impact in mere abstract terms, but also in concrete spatial models: which parts of society are gaining proximity to knowledge production in which way? We can learn from the variety of utility spots that can be found at every university: living labs, incubators and innovation hubs. We must continue to ask ourselves how, with whom, and especially, for whom these places work. 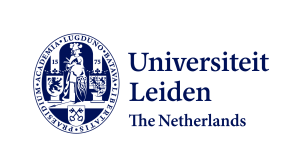