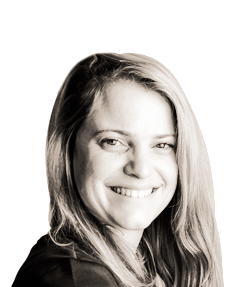 WHEN FREE WILL DOES AND DOES NOT MATTER

In recent years there have regularly been articles in the press about neuroscientific and psychological research. These are supposed to show that we are much less free than we think we are. We are told that ‘we are our brains’ or ‘we are a chat room’. In her dissertation Lieke Asma examined experiments which underpin statements like these. She argues that this type of research often fails to demonstrate what it claims. Or it is hardly relevant to things which we deeply care about.

People aren’t generally concerned about whether determinism is true or not. Research shows they do not feel that it erodes their freedom. But they find the idea that their conscious thoughts and considerations do not play a role in what they do much more threatening. This fact was an important motivation for me to dedicate my dissertation to the relationship between free will, consciousness and unconscious processes.

In my dissertation I devoted a lot of attention to the American neurophysiologist Benjamin Libet’s 1983 experiment, a trial which has subsequently been repeated in many variations. Libet’s test subjects were instructed to make a spontaneous decision to move their wrist or press a button. His experiment demonstrated that some brain activity precedes this conscious intention. The idea is that we might think that this conscious decision initiates a certain action – moving your wrist or pressing a button – but the brain has actually already made that decision. Free will is an illusion.

Victor Lamme, the Dutch neuroscientist who became known to a wide audience with his book De vrije wil bestaat niet (Free Will does not exist; 2011), relies on research that goes back to Libet. Lamme says that our consciousness is ‘a chat box’. Or as his colleague Dick Swaab puts it: ‘We are our brains’.

Yet most philosophers – and indeed many neuroscientists – agree that Libet’s experiment does not show what it claims to. Take the claim that brain activity predicts the test subject’s movement. In the first place, it’s not all too significant that we can predict what someone is going to do. When it rains I predict that people will open their umbrellas, but it doesn’t follow that they don’t make a free decision to do so.

The experiment also suggests that someone’s conscious intention no longer plays a role, but you certainly cannot draw this conclusion from the evidence. Even though brain activity precedes an intention, it does not imply that the intention is, so to speak, ‘skipped’ and what we do only ‘happens’ to us.

Furthermore, Libet’s experiment is supposed to demonstrate that considerations and reasons do not play a role in our actions. But this is not surprising if you remove test subjects’ opportunity to consider things: they were asked to act spontaneously, without planning.

Moreover, we do not always have to consider things to act freely: if I jog every Saturday morning at 10.00 am, I do not make a conscious decision about it every time, and yet I do so freely. This also applies to things like my habit of feeding my cat in the mornings. I don’t think about it every time.

“Link experimental research on free will to things that really matter.”

So, the question is not so much whether consciousness is a necessary condition for free will – I think it really is – but in which way. When is there an intentional action? Many of our actions are not intentional because they are directly regulated by a specific conscious intention, but because they are part of a larger basic action. I have borrowed this notion from the British philosopher David Papineau’s recent work. Take driving. Someone intentionally turns on the indicators. For an experienced driver, this is not the result of a conscious intention to carry out this specific action. But it is part of this person’s conscious – and broader or larger – intention to drive to his or her work.

It is not my intention to claim that unconscious factors – in or outside ourselves – do not play a role in what we do. They certainly play a leading role, as confirmed by psychological research into priming, the unconscious influences from your past or your environment. This demonstrates, among other things, that people start walking more slowly when they encounter words related to old age. Yet it turns out that most people – except for the likes of professional runners – consider this unimportant.

Or take a trip to the supermarket. My specific departure time, my choice of a particular bag and my exact walking pace are influenced by scents, sounds and all kinds of other stimuli. Despite these influences, I still walk intentionally to the supermarket to do my shopping. It does not matter much to me whether I do so a few minutes earlier or later.

In other words, when we do experimental research on free will, I think it is important to link it to things that really matter to us. For instance, to our desire not to be sexist. In this regard, research into how we choose new police chiefs is interesting. We might think we are choosing the best qualified person, while unconsciously giving preference to a man. When are we unintentionally sexist, and how can we prevent it? I find this kind of research much more relevant than experiments that show which influences play a role in the pace with which I walk to the supermarket.