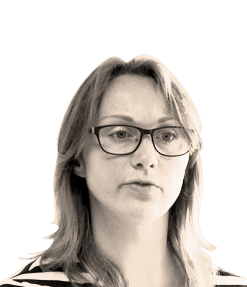 ACTING AGAINST YOUR BETTER JUDGEMENT: A MATTER OF CHARACTER

Philosophers have mulled since antiquity over why we often act against our better judgement. Several contemporary authors have also become entangled in this question. Paulien Snellen argued that their lack of success was because they attempted to solve the ‘acting against your own better judgement’ paradox by treating it as a logical puzzle. They analysed the individual elements of an action but overlooked a crucial aspect: in practice, it is mainly problematic when people tend to do this repeatedly.

‘I think you should use water sparingly. And yet I tend to shower for too long. In other words, I am acting akratically or against my own better judgement. The Greek term akrasia is usually translated into English as ‘weakness of will’.

Of course, I am not the only person who spends too long in the shower against my better judgement. This kind of actions are familiar to many people. That makes akrasia such an interesting philosophical problem. It often plays a role in major societal issues too. Take for instance the environment: new arguments for using water sparingly often prove unhelpful. For we are already convinced that we should do so.

The recent philosophical literature on akrasia focuses almost exclusively on how akratic actions can be possible in the first place. On the one hand, there seems to be a strong connection between what you think you should do and what you actually do. Conversely, we often see a disparity between a person’s judgements and actions. Contemporary philosophers have tried to solve this logical puzzle. In my thesis I show that they haven’t yet succeeded. I haven’t solved the puzzle, but I have tried to advance the discussion of akrasia by reintroducing the notion of character traits from classical and mediaeval philosophy.

Approaching akrasia on the level of individual actions neglects something important: people tend to act repeatedly against their own better judgement. Consider healthy eating, a goal many of us aspire to. It is quite harmless indulging your desire for a piece of chocolate every now and again. But if you keep snacking you will jeopardise your goal – healthy living.

This broad approach to akrasia also makes it possible to discuss all forms of ‘acting against one’s better judgement’. So, not only behaviour in which judgements and actions are explicitly juxtaposed when you act, but also procrastination and actions for which we temporarily alter our judgement thanks to rationalisation or self-deception: ‘Oh, what difference does one sweet make,’ we think. Or: ‘This time I’ll take the plane to Ibiza, but next time I really will choose a holiday destination closer to home.

‘From a moral perspective, it really does matter whether akrasia is about biting your nails, relationships or environmental pollution.’

I based my PhD research primarily on Aristotle. His work offers a wealth of insights; his treatment of akrasia is the most extensive and systematic of all the philosophers of classical antiquity.

The pursuit of an excellent and virtuous character is central to Aristotle’s ethics. He considers various gradations possible: the lowest rung is vice, followed by akrasia. Self-control is the next level up, and virtue is at the apex of this hierarchy. Self-control still requires an effort to do the right thing, while a virtuous person does the right thing effortless so to speak.

Unlike in the case of vice, akratic individuals have a clear judgement as to how they should act. But unlike those with self-control or virtue, it doesn’t result in the desired behaviour.

Aristotle attributes two important features to character traits: stability and moral status. I use them in my adaptation of Aristotle’s theory to the modern debate on akrasia. In conversation with contemporary authors who engage with character formation, I investigate why akratic people don’t necessarily change their behavioural patterns and develop self-control. One possible explanation is that internal conflicts and regrets might be characteristic of akrasia, but they don’t have to be continuously present. When the uncomfortable and painful feeling dissipates you tend to intend to do better next time, without taking precautions. On the way to Ibiza, for example, you resolve not to go on holiday by plane again. But when it comes around to making new holiday plans, you don’t look into going to destinations reachable by train.

I also discuss the grounds on which akrasia can be regarded as a moral notion. For many contemporary philosophers who reduce this notion to a logical puzzle it doesn’t matter what an akratic action relates to. In my thesis I show that it really does matter whether this involves biting your nails, relationships, or environmental pollution. I also investigate the basis on which we attribute moral responsibility to someone with an akratic character. An important condition is that people can reflect on their akratic actions and reject them themselves.

My thesis doesn’t offer any quick fixes to rid us of our stubborn, akratic habits. I provide theoretical grounds for why it is so difficult to change yourself. It isn’t about what you do once, but what you usually do. Or in Aristotelian terms: you learn to do good by doing good. But this is what is so difficult if you have an akratic character!