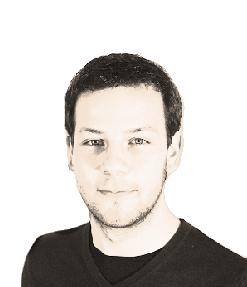 WRESTLING WITH THE AMBIGUITY OF THE SELF

In recent years, ‘self-management’ has become a key concept in mental health care but the term raises a lot of questions: Who might that ‘self’ be that requires to be managed? Or: What does being diagnosed with mental illness do to your self-image? Roy Dings addresses these questions in a philosophical dissertation firmly rooted in the soil of psychiatry.

Self-management’ has become a key concept in mental health care, but what it stands for remains rather vague. By one definition patients are increasingly expected to monitor their own symptoms and manage their disorder. They may be asked to follow a particular diet in order to improve the effectiveness of their medication, or to start running regularly to keep their depression at bay. In other words: management by one’s ‘self’.

There is however another meaning to the term self-management; as management of the ‘self’. Often patients will ponder questions such as: ‘Is it me or is it my disease?’ Or ‘Who am I really?’ They wrestle with their own self-image which is often ambiguous.

This second definition is the main focus of my dissertation. My research is predominantly based on the work of the American psychiatrist and philosopher John Sadler (1956). He introduced the notion of ‘self-illness’. According to him, patients can get better once they learn how to relate to their illness.

These days, I regularly read stories in the media about the ‘self’ of people with a mental disorder. And I noticed that when addressing a question like: ‘Is someone with dementia still the same person as before?’ journalists almost instinctively bring in a neuroscientist or a psychologist. Even though these conceptual and existential problems typically are the domain of philosophy – as well as various other humanities-disciplines.

To shed a light on the ambiguity of ‘the self’, I will use a fairly common dichotomy in philosophy: ‘internality’ vs ‘externality’. In the first case, an act is perceived as coming from within oneself and in the second, as an outside force beyond one’s control. I’ll add a middle category in which an individual experiences the source as ambiguous. Anyone can have this third sensation, not just people with a mental disorder.

“The self is often experienced as less consistent than philosophers tend to think.”

In our daily life we often don’t mind it if, for example, our partner asks us to do a certain thing for them. This won’t immediately rattle our self-image. Your spouse is more or less a part of who you are as an individual. But imagine that you are in the middle of a divorce and your – at that moment still legal – spouse asks you to run an errant. There’s a considerable chance you will ask yourself why you should still be doing her this favour. Who are you in relationship to this person at this point? When going through life events such as a divorce, a layoff, a love affair, or a retirement, but also when diagnosed with a mental illness, people tend to perceive experiences of self-ambiguity as problematic.

To be or to have

Both patients and healthcare professionals indicate that they find this self-ambiguity to be complex. Take autism, clinicians often tell their patients: ‘It’s not that you are autistic, you have autism.’ One of the reasons is that they don’t want to stigmatize people with a mental disease or burden them with a sense of guilt. But from surveys we know that many patients actually prefer to call themselves ‘autistic’. For them it’s a way of being. That is, they do identify with certain symptoms such as developing intense interests, while they perceive other symptoms, like having trouble dealing with stimuli, as extraneous. This combination of externality and internality doesn’t have to be a problem, as long as you don’t view autism as an unambiguous object but rather as a heterogeneous phenomenon.

You also notice the latter in similar – and similarly well intentioned – remarks often made by clinicians: ‘You aren’t defined by your depression’ , ‘You’re no schizophrenic, you suffer from schizophrenia.’ These betray a tendency to reify a disease: it is understood as an autonomous entity which causes a set of symptoms, instead of a collection of symptoms. Reification makes learning how to cope with self-ambiguity unnecessarily complicated. It can cause people to wonder whether their illness is self-inflicted for example, and make them feel guilty about their depressions or anxieties. Or, the other way around, they can start to believe that their self is a product of their disorder. With everything they think, feel, or do, they ask themselves whether their disorder is to blame.

Philosophers are trained to clarify this kind of conceptual confusion. Getting them involved in conversations with patients, clinicians, and policy makers, will hopefully lead to fewer misunderstandings.

Philosophy on the other hand, could learn a thing or two from the other conversation partners. Acknowledgement that people tend to experience the self as something less consistent than philosophers tend to believe based on logic and common sense. Furthermore they should be aware that the self is more than just a compelling theoretical puzzle. For some people it forms an existential problem. The final objective of philosophy shouldn’t be the development of a perfect theory lacking any real world purpose. Therefore I advise my colleagues to get down from their ivory tower and to meet ‘real world’ problems.

Roy Dings, Not Being Oneself? Self-ambiguity in the Context of Mental Disorder, Radboud University Nijmegen, fall 2019.