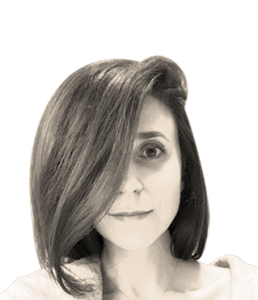 How non-cognitive values can contribute to better knowledge

A value-free ideal of science is not something to fight for. In fact, political and social values can have a positive, epistemic influence on science, depending on the context in which those non-cognitive values operate. One of the major theses in Silvia Ivani’s dissertation is that this makes the demarcation between non-cognitive and cognitive values less strict, even blurry. That’s in a nutshell a major thesis in Silvia Ivani’s dissertation. Silvia’s research was inspired by the eye-opener that feminist values in science can sometimes be game-changing.

My interest in feminism comes from a personal desire and need: understanding and fighting sexism. I became particularly interested in its role in science, when I realized that the influence of feminist values on scientific theories can sometimes be game-changing. As the feminist philosopher of biology Elisabeth Lloyd has extensively argued, traditional evolutionary accounts of female orgasm are deeply influenced by androcentric assumptions. Research has been guided by the idea that male sexuality is the standard to which any form of sexuality should adhere. Traditional accounts of female orgasm for instance made it fit the male model, by explaining it as a trait directly connected to reproductive success. However, Lloyd has shown that these theories have limited explanatory power. They are not able to account for the available evidence, as several studies show that orgasm elicited by intercourse seems to be less frequent than orgasm caused by masturbation without vaginal insertion. Traditional accounts of female orgasm should therefore be abandoned.

Feminist values play a major role in my dissertation, in which I challenge the value-free ideal of science, by considering the case of evolutionary psychology.* Following the philosopher of science Larry Laudan, I discern cognitive values such as simplicity or explanatory power. These are values which contribute in a positive way to the process of comparing scientific theories, and of rejecting or accepting them. It is not these cognitive values, however, which are at stake in the value-free ideal of science; it is values such as social, political, religious or economic factors, the non-cognitive values, which have been thought to influence science only negatively.

The contribution of non-cognitive values to the assessment of scientific theories is a topic that has been hotly debated by philosophers of science. Traditionally, they have argued that these values prevent an objective account of the natural world. Advocates of the value-free ideal are convinced that we should do our utmost to limit their role in science.

In opposition to this, I argue that non-cognitive values can play an important, beneficial role in science by – among other things – analysing the feminist critique of evolutionary accounts of human mating, in particular in heterosexual relations. According to standard accounts, men are more inclined to use short–term strategies in choosing their partners, while women are inclined to long-term strategies. Men go for reproductive success, which is possible with short–term mating, whereas women want someone to protect their offspring and are therefore looking for a long–term relationship. But these ideas are problematic, since studies show that there are much more similarities between male and female mating than traditional theories suggest. For instance, both males and females look for someone who is caring and emotionally stable.

‘Providing inaccurate portrayals of phenomena because of prejudices can be a deeply violent act.’

My analysis of the evolutionary theories in question shows that non-cognitive values may help us attain a more accurate description of the natural world. This means that they can play the role that is supposedly reserved to cognitive values. In other words, the distinction between cognitive and non-cognitive aspects is not that clear and needs to be reworked and explored further.

Of course, feminist values can also have a negative effect on research. Feminism is an umbrella term that denotes diverse and conflicting views. For instance, feminism that makes dogmatic assumptions about human sexuality – such as perspectives that assume caring for others as the essential feature of women -would have an epistemically noxious influence, just as androcentric perspectives do. One of the reasons why the feminist critique I analysed in my case studies had an epistemically positive influence is that it was not committed to any dogmatic view on human sexuality, but was just striving for empirically adequate explanations.

Values in science. The role of cognitive and non-cognitive values in evolutionary psychology, Tilburg, May 2020.