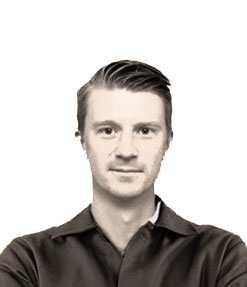 Willem van der Deijl’s favourite subjects at secondary school were philosophy and economics. He went to the University College in Middelburg, where he was able to combine the two. Then he obtained a master in philosophy and economics at Erasmus University Rotterdam, where he is also doing his PhD. After his PhD, he will be appointed in a position at the Université de Montréal, where he will do research into well-being as a goal of political policy.

IN SEARCH OF A WELL-BEING INDEX

Well-being plays an important role in the discipline of economics. But it has proved difficult to measure. Every method of measurement meets with philosophical objections, as Willem van der Deijl discovered when researching his PhD. And every method of measurement is based on a different concept of well-being. Is well-being the same as a subjective feeling of happiness? Or is there more to it?

Economists have long suffered from physics envy: their desire for objectivity meant that only direct observations could play a role in their research. At the same time, they have long been aware of the fact that well-being makes living worthwhile. For instance, people earn twice or three times as much as they did forty years ago. Economists wondered whether this made people feel better, whether it improved their lives. They realised that they lacked direct access to other peoples’ feelings, but they did have access to the choices they made. This is the core of the so-called preference-based approach of economic research into well-being.
Based on this perspective, economists started asking people about their hypothetical preferences, for example: would you rather have 200,000 euros or live five years longer? This kind of survey gave rise to the idea that the richer people are, the more they can realise their preferences. But this suggests that more money is always better. Results of this kind make the preference-based approach less attractive.
Then economists thought: Let’s ask people to assess their own happiness. This revealed, for example, that money is very important if you do not have enough of it, but once you have enough money, it is no longer so important. Results of this kind are not all that strange – they correspond with our intuitions. Happiness economics has become increasingly important.
At the same time some economists still use the old idea of objectivity to criticise measurements based on self-assessment. On top of which, the concept of well-being behind this method of measurement also raises philosophical questions. Is happiness really so important to well-being? And is it not necessary to look at well-being in a more objective way?

In my research I have taken stock of the problems associated with measuring well-being. I also looked at the various philosophical positions on well-being. I hoped to be able to find a certain consensus, which could be used to formulate a number of requirements to which the measurement of well-being would have to comply.
You can distinguish roughly three philosophical positions. The first is the preference-based theory, which defines well-being in terms of the choices people make. The second is hedonism, which equates well-being with happiness. Lastly you have the objective approach, which introduces a list of conditions well-being must meet. This list contains, for example, physical health, achieving certain objectives, but also how good you feel. So whichever position you subscribe to, you can never completely determine well-being without asking the person being studied to express their view.

“People attach great importance to a just society – yet there is no justice index.

I also found a second similarity between the various philosophical positions: they all assume that people can make mistakes when assessing their own well-being. This is caused by what is known as the adaptation problem, among other things. If you are so poor that you cannot eat three times a day, then at a certain point you take this for granted. Or you come to accept that you do not have the freedom to determine the course of your own life.
I have demonstrated in my research why there is a problem with the measurement of well-being: if on the one hand well-being is something very personal, but on the other hand people are not really able to assess this for themselves, this creates a certain tension. This is insoluble – which is why I was unable to develop a conceptual framework for economists to use. It is quite frustrating.

Looking at my findings, you might say: stop all this measuring. But I think that is being far too cynical; well-being is too important for this. Important concepts are often immeasurable. Take a just society, something people attach great importance to – yet there is no justice index.
It is precisely because each method of measurement has shortcomings that it is better to combine them. A good example of this is a study by several British health economists who combined the preference-based approach with the capability approach. They investigated five capabilities for their health measures, including the capacity for autonomy and the ability to experience pleasure. How much can you still do in a certain situation, and how good does this make you feel? Based on these capabilities, they demonstrated the choices people make. Do they choose more pleasure or autonomy in a certain situation? So, I would like to say to well-being economists: be creative, combine research methods.