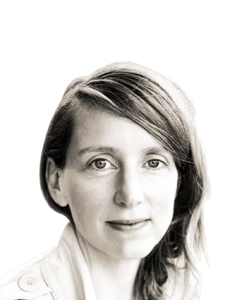 How can we equitably distribute scarce healthcare services?

The term sustainability is often linked to the environment, to the fact that resources are finite. However, there’s scarcity in healthcare as well. In that case we talk about sustainable care, also called Blue Care. For her dissertation Willemine Willems studied the so called stadspoli, a local outpatient clinic where patients can consult a medical specialist in their own neighborhood. The experiment aims to foster a better cooperation between primary care physicians and specialists, causing health care to become more efficient as well. Will this care then also be better and more fair?

“When conducting an experiment, you usually establish criteria beforehand against which you subsequently test the results. For the experiments with the neighborhood outpatient clinics, the criteria were: has cooperation improved, has healthcare improved, are we saving costs? My research shows that this way of looking is too limited. You can’t, for example, determine what good care is by way of customer satisfaction surveys. I noticed this during my hours long observations of consultations in the outpatient clinics, set up as part of the testing ground-policy of Minister Schippers at the time. It is also known as Primary Care Plus. GPs send people to a specialist at the neighborhood outpatient clinic, whereas they would previously send them to a hospital. In particular, I attended many consultations of doctors with patients, as well as some meetings with staff. Before their doctor’s visit, I spoke to patients, I sat at the visit and afterwards I spoke to them again. I also reviewed the consultations with the doctors: what exactly happened during the conversation? The policy speaks of effective and non-effective care. Like it’s a matter of black or white. In practice I just observed countless shades of gray. Many doctors work routinely but not mindlessly. They rely on intelligent routines that they also constantly adapt and on which they reflect.

Take the patient with vague stomach aches. It’s up to the doctor to decide how seriously she takes these symptoms and how to address them. If the patient is sent away with ‘it probably is stress’, there is a chance he returns again and again, or disappears out of sight completely. Is that good care? During a consultation, doctors are constantly making small decisions. These can be very practical. I spoke to an ENT doctor who has just ten minutes for each patient. He doesn’t want to appear stressed however. So he tells a newcomer, ‘See the coat rack over there? First hang up your coat and then sit down over here.” That’s how he reduces the rush. The conversation still lasts ten minutes, but the patient doesn’t feel any pressure, which is an example of exnovation – the opposite of innovation. Exnovation focuses explicating the kind of routines and habits that enable things to run smoothly in a practice, in this case in the interaction between doctor and patient.

“Patients and doctors have an idea of what is good, and they try to create that in their interaction.”

Exnovation leads to better care. Which really is necessary: The number of people with unexplained health issues is growing. There is also a lot of anger among patients, I’ve noticed. They’re almost never upset about the treatment they receive from their current doctor. However they are angered by previous experiences, or the treatment of family members. They are working with their current doctor to enable the best possible consultation. I particularly observed how doctors are constantly striving to be a good doctor, to provide good care. And that patients in turn try to be a good patient, someone who is easy to understand and treat. In this sense, both doctors, and patients are philosophers. They have an idea of what is good, and they try to bring that about in the interaction. They are busy shaping their moral personality, wanting to continuously improve it.

Both sides are looking for points where their worlds can connect. I call these points ‘joints’. They are clearly identifiable but shifting points that leave room for interpretation. A protocol for example, is such a joint. It can be used to justify ones diagnosis, but it is used differently as well: I saw a patient who was very suspicious and tense, suffering from severe pain in their arms and knees. The doctor said: Look, I’ve assessed your issues, adhering to protocol, and it appears that you don’t have rheumatism. The patient was happy, she felt taken very seriously. The protocol here functioned as a link between the world of the doctor and that of the patient. If they want to make care more sustainable, policymakers shouldn’t merely focus on the outcomes, but also look at the existing routines, at how good consultations are already being achieved. What would help is exnovation: having a conversation among colleagues about what makes a consultation a good one. At that level, there’s still a lot doctors can learn from each other – and policy makers from them. Policymakers easily lose sight of the everyday doctor’s practice, while it could, and should, be a rich source of information.”