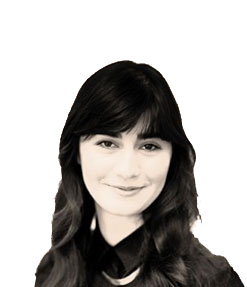 Zoë Robaey holds a bachelor in biology (University of Ottawa), a master in European Studies for society, science and technology (Maastricht University) and a master in public policy (Hertie School of Governance, Berlin). She worked in environmental policy consulting at the Ecological Institute in Berlin, before she started her PhD-research in ethics of technology at Delft University of Technology. She obtained her PhD in January 2017. After working as a researcher at the Rathenau Instituut for a year, she returned to Delft University for a post-doctoral research position on inclusive, biobased innovations. Recently, she was invited by De Balie and Pakhuis De Zwijger to participate as an expert in public debates around genetic modification and agriculture.

FROM LEGAL LIABILITY TO MORAL RESPONSEBILITY

Food was always an important part of Zoë Robaey’s life. So, it not surprising that she ended up writing a PhD-thesis on the ethics of food technology. Zoë claims that moral problems with the use of genetically modified seeds are mainly due to the way in which we understand ownership. This prevents farmers from being well-informed about the biotechnology in these seeds. But knowledge is an important condition for moral responsibility.

I come from a lot of places, I was born in Paris, grew up in Montreal and lived in Berlin before moving to the Netherlands. If you ask me about my origins, I will tell you about food. My maternal grandfather had fields of olive trees in Lebanon, my mother is a great cook – and a philosopher. So, I grew up in a fertile environment for doing what I do today.

There is no natural food. Almost all the food we eat, we have bred for a certain purpose. This process has been technologized for many, many years. When I started my PhD, I began to realize that the problem is not so much the technologies themselves. They aim to create more agro-biodiversity, which is not a bad thing. The more variety you have, the more likely we will have farming systems that will not collapse if floods, plant diseases or other bad things happen. It is more the legal and social systems around the innovations in biotechnology that do not keep up with the technologies themselves.

My thesis is about one type of biotech: genetically modified seeds or GM-seeds. In Europe, these seeds are mainly used on test fields, although recently it became possible for each member state to decide for themselves, and so some do grow them now. This happened in Spain, for instance. But on the other side of the Atlantic they are widely on the market. The most common modified crops have had a gene added that produces a toxin which kills insects, so farmers can use less pesticides.

GM-seeds are quite controversial. Most European countries are opposed to their use. In the US a group of organic and conventional farmers started a preventive lawsuit against the biotech company Monsanto. They said: If your GM-seeds end up in our fields, we cannot be held liable. The group lost the case: if seeds that result from a patented process are inadvertently found on the field of someone who did not want them, this is seen as their own fault. Monsanto also won a few other court cases where their seeds ended up in other fields. This ‘contamination’ was considered as theft of property.

When seeds are patented, there is a much stronger intention of the people who originally own the seeds to keep their property rights. That’s why American farmers are forbidden to save GM-seeds, although seed saving is a very common practice in agriculture. They only have a license to use GM-seeds for one season and after that they must buy them again. The contracts that go with the seeds refer to the farmers as growers, but at the same time the agreements put a lot of obligations on them. Amongst others, farmers have to make sure they do not contaminate other fields with GM-seeds by implementing required buffer zones.

“There is a very strong ideological conflict about whether we should have genetically modified organisms.”

The problem with this technology is ultimately that we are shifting the knowledge to one place, the universities and industries, and the duties to another, the farmers who have to implement a lot of measures to use the seeds. If they don’t, they are held legally liable by the company. But no one is able to carry moral responsibility.

In my thesis, I argue that we can still have duties, but should add moral responsibilities. And this is impossible if you do not have access to knowledge. To obtain this, we should start to think about ownership differently, so that we can align knowledge and responsibility. In a way, if we own or use a GM-seed, we have the responsibility to learn about it and share that knowledge, because these are new seeds. If we fail to be proactive in our responsibilities, we might miss important changes in our agriculture. Right now, the patent system doesn’t allow for people to be proactive, as it limits access to knowledge.

One possibility would be that patents can be granted under condition of sharing information. If you let people along the chain – companies that sell the seed, the farmers – know more about the seeds and allow them to do more with them, this also results in new knowledge flowing back to people who work in the lab or in test fields. So instead of having clearly defined rules about who is seen as the developer, who is the person who will sell the seed and who will use it, you have a more diffused idea of who is the developer and what it means. And that brings back the idea of responsible research and innovation: you do not develop a food technology in a vacuum, you develop it in a context, for people and for a reason.

When I started my PhD, I was very much against GM-seeds. Then I started to talk to scientists. The more I talked to them, to more I understood the technology and – although I realize I have to be careful as I’m not a scientist myself – the more I began to think: this is ok. But even if we’re convinced that this technology is safe in the immediate future, we should still think about how this will be in the long run. As a society, we have to discuss what kind of food system we want. Now there is a very strong ideological conflict about whether we should have genetically modified organisms or not. But the debate should ultimately be more about safe and secure food for all people and about the different ways of getting there, without being too dogmatic.