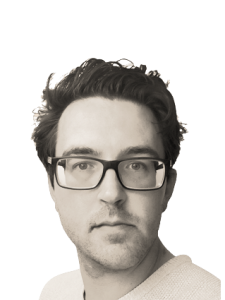 Frank Daudeij received his Master in history from the Erasmus University Rotterdam. At the Philosophy department of the same university he subsequently wrote his dissertation on the political thought of Romeyn de Hooghe (1645-1708). Currently he works as a manager at Samsung Electronics Benelux.

Citizenship in the Seventeenth Century

According to many our way of life is under threat. It usually doesn’t take long before people start calling for a strong man, and not for the first time in history. In the turbulent seventeenth century this call could also be heard. According to political commentator Romeyn de Hooghe, tyrants could be kept out by contemplating good citizenship. Using de Hooghe’s work, Frank Daudeij studied the changing political culture of the past,. He uses what he learned to draw lessons for our current age.

“No matter how successful a politician governs, there will invariably come a time when an incumbent amasses too much power. This will lead to a crisis and to people increasingly wanting a strong leader, according to the seventeenth century philosopher Spinoza in his Tractatus Theologico-Politicus.
These days we once again hear the call for a ‘strong man’. The reasoning goes: of course you need laws and institutions, but when these are corrupt, you need someone to fix things and afterwards we can look ahead again. Many would like for someone like that to really exist, a hero who pulls some levers and just like that, gets the country back on track – whether it’s Trump, Bolsonaro or Wilders. If you have to rely on people who operate outside of the law however, that’s an open invitation to forces that cannot be regulated.

“According to De Hooghe, the Dutch way of life was the most virtuous on earth.”

In my dissertation I haven’t looked at the ‘great’ philosophers of the seventeenth century. Instead I describe how the political culture was changing outside of the erudite elites of the era. I do this based on the work of artist and political commentator Romeyn de Hooghe (1645-1708). He too wrestled with the question how to prevent tyranny. Interestingly enough he writes that the quality of governance does in fact not rely on the institutions, but on the civic values of leaders and subjects. For that reason he aims to educate his fellow citizens in the Dutch civil morality.

De Hooghe was writing this at the end of the seventeenth century, an era in which old truths were brushed aside while all sorts of new discoveries were made, creating room for scientific breakthroughs and new ways of free-thinking. It also led to existing certainties being debunked. Where previously the church more or less had the monopoly on what was right and wrong, around 1700 the thinking had become less unanimous. Nevertheless maintaining a sufficient level of unity is important: The Netherlands are entangled in an expensive war with France. There’s a need to create a mandate in order to collectively cough up the funding for this war.

Romeyn de Hooghe does so by arguing that the Dutch way of life is the most virtuous on earth. Therefore, government and subject need to do everything in their power to preserve this Dutch civil society. That after all, is what’s protecting that supposed excellent national character.

In the work of De Hooghe a hero no longer is someone sent by God to make things right, or a leader who has earned his stripes in a war. Civilians too can and should interfere, assuming the role of hero. He argues this isn’t so difficult seeing that leaders aren’t just motivated by money or power but also by the ‘glory’ bestowed on them by society. Consequently, when civilians keep a watchful eye on their leader, holding him up to good moral standards and approve or disapprove of his actions at the right moment, they will already sway their government in the right direction.

My study of Romeyn de Hooghe is primarily motivated by my interest in the influence of the printing press on political life. Although I definitely do not always agree with him, De Hooghe’s ideas tell us a lot about how a society is trying to negotiate new media. Although personally, I have less confidence in the national character, I think that De Hooghe’s ideas about ‘glory’ are still relevant. He offers citizens tools to judge the powers that be. For example he indicates that people shouldn’t fear the condemnation of clerics too much seeing that they like nothing more that shrouding their ignorance in complicated language. Civilians, he adds, should also be vigilant when regents claim they are protecting particular civil rights. Often they are passionate to talk about this when attacking another regent but as soon as a civilian actually asks for more political influence, leaders turn a deaf ear. De Hooghe teaches his readers when to agree or disagree with something.

During my research I came to realize that this still is an important question. Often on social media, instead of someone’s ideas being discussed, the question at stake is whether the person holding the idea is good or bad. A negative way to describe this phenomenon is cancel culture, but you can also see it as a collective search for a new, shared moral yardstick. Essentially we still want to know, when to bestow ‘glory’ and when to take it away. As long as those negotiations are taking place, De Hooghe argues, it is at very least a sign of a healthy society.”