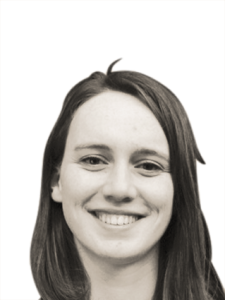 How to make false claims about Frodo?

You know dragons don’t exist. When reading Harry Potter however, you temporarily accept their existence. How does that work? In her dissertation Merel Semeijn researches all sorts of puzzles regarding the distinction between fictional and ‘regular’, non-fictional truths. One of them being: what’s the difference between a liar and someone like Tolkien, who wrote down all sorts of falsehoods?

You can generally trust people to tell the truth. To give you an honest answer when you ask someone at a bus stop whether line 4 stops there. You assume the people follow the ‘maxim of quality’, as coined by the philosopher of language Paul Grice. This trust is essential, otherwise our linguistic practice will lose its utility.
Therefore people assume that others generally speak the truth. Oddly enough however, we take a lot of pleasure in blatant falsehoods! Moreover, we can argue endlessly about characters such as Harry Potter, about his motives say. People enjoy breaking the maxim of quality. This is because it’s done so conspicuously. Everyone knows that Frodo doesn’t exist. No-one is being misled.

Many people believe my dissertation is about Tolkien, but that isn’t the case at all! Tolkien often features as an example, and yes, that’s because I’m indeed a big fan. With The Lord of the Rings, Tolkien built an impressive world. Yet, for me this isn’t so much about Tolkien as about questions like: what are you talking about when you are talking about the hobbit Frodo? Even though he only really exists in Tolkien’s world, Frodo is a living and breathing creature. That really is different from talking about, say, the American president Joe Biden. This is where we stumble upon the intuition that there’s a big difference between real, existing people and fictional characters. Between ‘normal’, non-fictional truths and fictional truths. How is that possible?
Particularly interesting is that it’s also possible to make false statements about a fictional character. For example, it is not true that Frodo is a girl. It is however true that he lives in a hole in the ground.
In the ‘common ground’ theory, philosophers of language assume that people who engage in discourse do not only share a field of common presuppositions but also enlarge and enrich this common ground with new information during the course of their conversation.
As said: part of this is that people consider each other as reliable interlocutors who are doing their best to tell the truth. They assert beliefs, notions about reality. Call it: updating of the ‘official common ground’. So what happens when we’re talking about fiction? In that case people will use their imagination. Some philosophers of language perceive this as creating and updating a separate, so called ‘unofficial common ground’, that applies to the fictional world. Thus creating multiple unofficial common grounds for various different fictional worlds.

Opposed to this notion of a common ground, I place the ‘workspace account’ which in fact assumes two phases. In the first phase of the conversation the participants create a tentative common ground (the workspace) which can be adjusted by means of both fictional as well as ‘normal’ non-fictional statements.

In the second phase of the workspace account the distinction between fiction and non-fiction becomes clear. In the case of a non-fictional conversation the contents of the workspace are immediately added to the official common ground. In a fictional conversation something else happens. Truths about the fictional work emerge in the form of: ‘In the world of fiction f it is the case that …’ . Subsequently these are added to the official common ground.

Some examples: if you had a conversation about the weather forecast with your neighbor, this can create a common ground between the two of you in which it’s clear that it would be best to trim the hedge this weekend. However: after you’ve read The Lord of the Rings it becomes official common ground between you and Tolkien that in the world of The Lord of the Rings it is the case that Frodo is a hobbit.

Using this model of fiction and non-fiction as a basis, I also approach other philosophy of language puzzles concerning fiction. You can, for example, say: ‘Frodo is a character created by Tolkien.’ You can also say: ‘Frodo is a living and breathing character’, which begs the question: does the name ‘Frodo’ refer to the same entity in the first statement as it does in the second one? In my dissertation I study four different solutions to this problem. In my opinion one of the better ones is offered by the so-called ‘dot-object’. This analysis of fictional names posits that the name ‘Frodo’ to a cluster of associations in which both the living and breathing character as well as the abstraction ‘Frodo’ have a place. I enjoy solving these kinds of puzzles enormously. Whenever I hear people talking about a particular fiction, I’m not so much listening to what they’re saying but rather to how they’re saying it. Do they use the past or the present tense? Which kind of fictional truths are they talking about actually? This research has taught me a lot about what fiction is and how it works.’